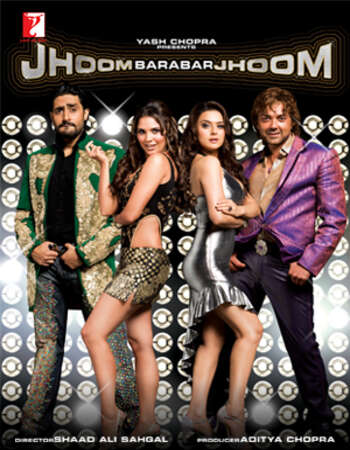 Plot: London, an overcrowded cafe, one table to share. Two strangers tell each other “how I met my fiancé” stories to kill time. Rikki (Abhishek Bachchan) met his fiance Anaida (Lara Dutta) at the Ritz in Paris and Alvira (Preity Zinta) met her prince charming Steve (Bobby Deol) at Madame Tussauds in London. Stories unfold and by the end of their session the two have alarmingly gotten attracted to each other. What follows is a crazy love story full of lies, deceits and a complicated quadrangle – Rikki and Alvira have gotten themselves as well as Anaida ad Steve in to a lovely mess, where each of them have to think quick on their feet, dancing around each other’s emotions playing musical chairs and lying through their teeth. If opposites attract – then this is it.